The 10 Most Famous Spies of All Time

Within the annals of history, it’s hard to think of a subject more captivating to a wider variety of audiences than espionage. The ultimate test of daring for one’s country, spies often use their wits to change world events. And some even become double or even triple agents, using their cleverness to play on their opponents’ fears and concerns.

The most famous spy of all time wasn’t even a real person, but is indelibly printed in popular culture as the great womanizer/secret agent James Bond. Developed by his author, Ian Fleming, as a hero for a post-war Britain that was mired in food shortages and power-outages, Bond offered a glamorous fantasy life that readers and viewers could let their mind drift into for a few hours of escapist fantasy. That tradition continues today with smash hits in the film’s franchise and spin-offs from the novel series. For a few hours at least, heros like Bond seem to offer a parallel world that few have access to.

What few realize is that among the glitz and glamor is an element of truth to the Bond stories. While most spies were not living a five-star existence like Bond, they were often risking life and limb for their countries in perplexingly sophisticated ways. Consider our next candidate, for example: A British spy who invented James Bond as a character. 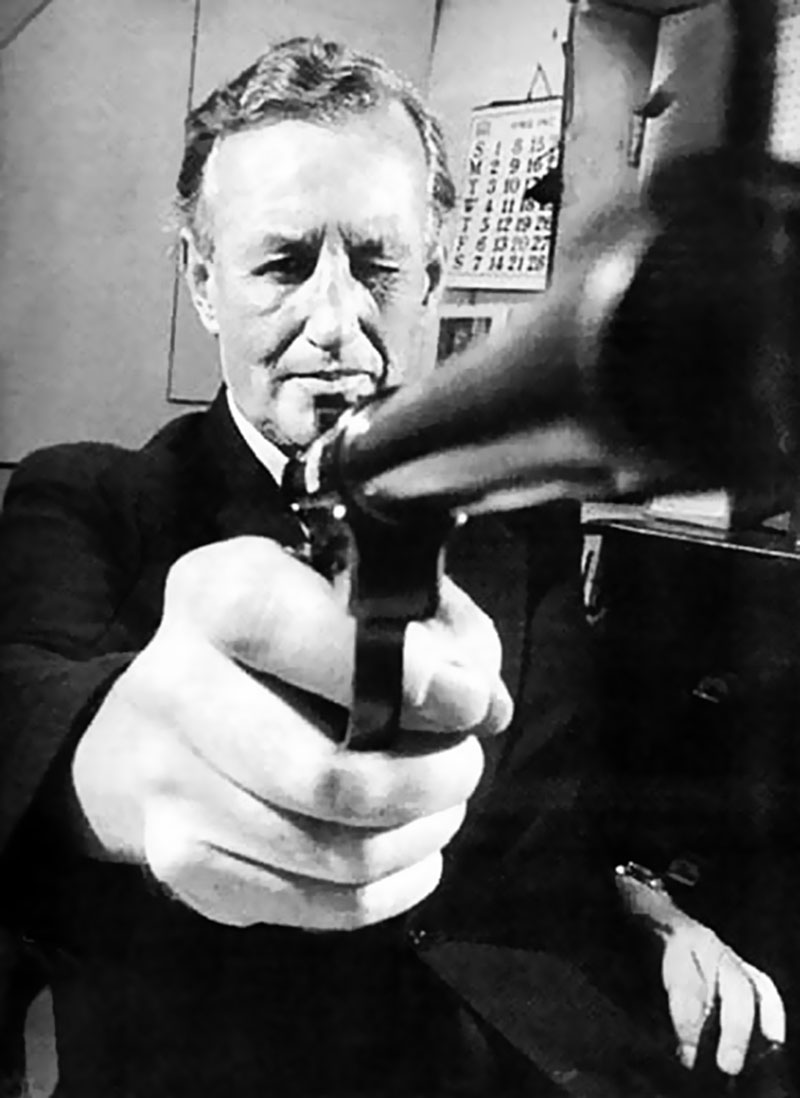 The creator of James Bond was not just coming up with stories when he was writing about his hero; Fleming himself was a spy for England’s Navy. One of the titles of his stories, “Goldeneye,” was derived from a very real operation Fleming was a part of as a soldier.

As a writer, Graham Greene was Yin to Fleming’s Yang. Another alumnus of Britain’s spy service, Greene opted to frame his tales of spying in a much grittier reality than Fleming, famously showing the more mundane aspects of spying, where assassinations were planned in cheap office space and taken out by gray-faced men with deeply ambivalent feelings about their actions.

Sometimes Greene’s stories about spying became comic, with “Our Man in Havana” detailing the chaos resulting from the recruiting of a struggling vacuum salesman in pre-Castro Cuba into the ranks of the British Secret Service (hint: London HQ become very puzzled at diagrams of nuclear facilities that bear striking similarities to vacuum cleaners).

Another stellar British novelist who turned his experiences as a British spy into the stuff of legend, Le Carré (the nom de plume of David John Moore Cornwell) was more like Graham Greene than Ian Fleming in his depiction of the British Secret Service as a stilted bureaucracy rather than an efficient and glamorous system. His work “The Spy Who Came in From the Cold,” which was turned into a wonderful film with a standout performance with Richard Burton in the lead, is a lesson in the price paid by the individual soul in the cynical power struggles between states.

For many soldiers recruited into various spy agencies, the fantasy of Bond was a nightmare beyond their wildest imaginations. The British spy system that produced the character of Bond traditionally recruited students at Oxford and Cambridge Universities by “tapping” them, a system in which former spies working for the university would single out recruits for their cognitive abilities and cleverness.

Sometimes this backfired so badly that huge disasters occurred: our fifth and sixth most famous spies,
Guy Burgess and
Kim Philby are notorious agents for Russia centered around Cambridge University culture that passed on state secrets to Communist leaders. (Philby is still regarded as a great hero in Russia for his work infiltrating British high command.)

Russia’s gain was the bane of England, however, and Cambridge has never quite lived down its reputation for producing double-crossing espionage agents.

Although we tend to think of Shakespeare’s Elizabethan era as a time of relative peace in Britain, the reality is that Queen Elizabeth held one of the largest secret police agencies the world has ever seen. Fearing a religious revolution where Protestants were pitted against Catholics, Elizabeth was never shy of using the death penalty to punish fervent religious devotees who met her ire.

One of Shakespeare’s rivals as a playwright, having composed great works such as “Dr. Faustus,” Christopher Marlowe was also a notorious spy for Queen Elizabeth, and even met an early end when he was stabbed to death in a tavern, dying as he had lived: courting danger and trouble wherever he went. Had he lived, Marlowe may have produced works equal to Shakespeare’s. Having died at 29, however, Marlowe never got the chance to fully mature as a poet and playwright, much to the chagrin of theater-lovers everywhere.

A contemporary case of a Russian spy turned against his homeland who met a gruesome end via poisoning, Alexander Litvinenko went to his deathbed criticizing his home country for their human rights abuses.

9. Vladimir Putin
A Russian leader seemingly straight out of a Bond villain role, Vladimir Putin entered politics straight from the upper ranks of the notoriously dangerous KGB. His controversial role as head of Russia has seen numerous scandals, including the crushing of dissidents and the inciting of violence against homosexuals or even punk musicians. Putin seems to take his leadership style equally from his time in the KGB and from that great employer of secret police to centralize political power, Jozef Stalin. Like Stalin, Putin has used his position with an iron fist.

Another member of the Cambridge Five, Donald Maclean was recruited directly to Russian secret services by Anthony Blunt. Defecting to Russia, Maclean died there having achieved the rank of Colonel in the KGB, much to Britain’s humiliation.

Whatever their motivation, history has been shaped by a handful of agents who for better or worse decided to use their minds in service of a cause they thought either good or politically expedient. Depending on the results, it is difficult to say who came out worse: The spies or the victims of their policies.