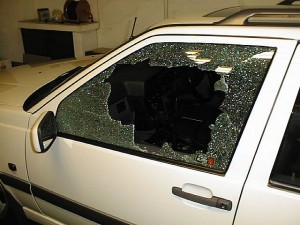 The Smash and Grab scam is an example of one of the more harrowing scams that a traveler can face. In some tourist districts within large cities, thieves will linger around intersections with lengthy stop lights. Once a car stops, they will come and rob drivers of their valuables, such as purses and jewelry. There are also times when they will smash the windows of the car in order to steal those possessions. To help prevent this, it’s important to lock your car doors after entering the car. This scam occurs in South American countries, as well as Malaysia and Hawaii at times. 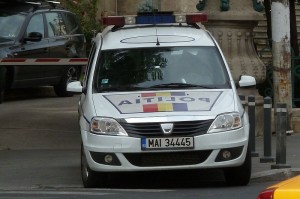 The Maradona scam, also known as the Fake Police scam, tends to involve a person walking up and whispering to you, typically about some sort of nefarious activity. It is at this moment that two or three men will come up and take out their police badges. Despite their seeming authenticity, those badges are fake and they will attempt to tell you that you are consorting with that man about something illegal, at which point they ask you to hand over your wallet and passport. The best way to safeguard against this scam is by simply refusing to give them what they are asking for, as they tend not to take the confrontation any further. The primary country in which this scam takes place is Romania, in the city of Bucharest. 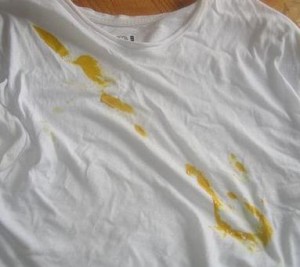 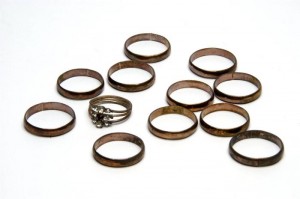 The way this scam works is that a random passerby will spot a brass ring near you and pick it up, saying that it is a gold ring and they will sell it to you for some absurd amount of money. All you have to do to avoid this is to understand that finding a gold ring on the ground is nigh on impossible. You will find this scam in Paris and other parts of France. 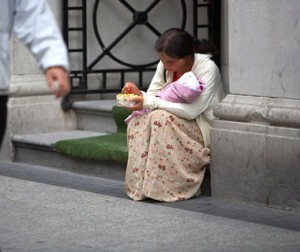 This scam takes the form of a woman sitting on the side of a busy street and throwing her baby at you while you walk by, despite the fact that it’s not actually a baby. While distracted, someone will come up and quickly pickpocket you. To avoid this, try keeping your wallets and valuables in a secure location. Although this can happen in many European countries, it exists mainly within Rome, Italy.

The CD scam is a relatively recent one that takes place in the crowded streets of Times Square in New York City. Someone will come up to you and hand you their CD. Almost instantly, he will accuse you of not paying for it and a few of his friends will come around to make sure that you do. To protect yourself against this, try to avoid taking the CD or lay it on the ground if you do. 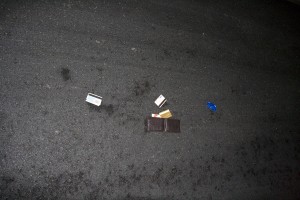 This scam is particularly frequented on tourists within the city of Kiev, Ukraine. It involves a tourist walking down a city road and spotting a wallet on the ground. When the tourist picks up the wallet, the scammer will then come along and claim that you are attempting to steal his wallet, which is conveniently “missing” money. He will demand that you pay what you have stolen. To avoid this, make sure never to pick something up from the street, even if you think you are being kind by returning the item. 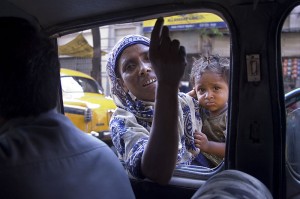 There are a myriad of beggar scams to look out for, particularly in India and Africa. These scams involve people that seem poor begging for money or food. While doing so, someone may come along and pickpocket you or that person will hang around you until you’ve given them what they ask for. In order to stay away from trouble, give them a smile and quickly continue on your way. 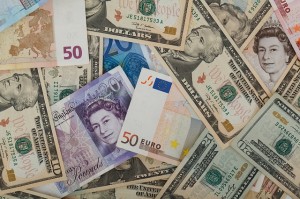 When traveling anywhere, though mainly in European countries, it’s important to understand the exchange rate involved. This scam involves a business owner or taxi driver being handed a credit card, swiping it and giving back the change in US dollars, which will be conspicuously less than they should have given you. Try to always pay with the local currency that you’ve had converted at a bank. 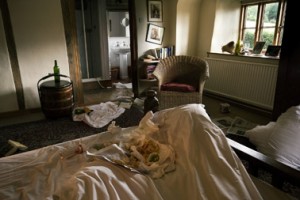 The Claims of Damage scam is one that can be perpetrated by a hotel in nearly any country. Upon leaving from your stay, you will find that your credit card has been billed an outrageous sum. When questioning the hotel, they will provide the credit card agency with a list and photo of the damages, which can be very difficult to disprove. To avoid this, take pictures of the room on each day of your stay, complete with time stamp. 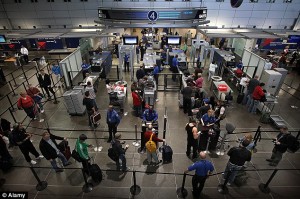 This scam, which tends to happen most often in Chinese and European airports, involves a tourist walking through a metal detector and placing his belongings on the conveyor belt. At that time, someone cuts in front of them and walks through the detector with metal in his pockets, with the tourists valuables still on the conveyor. His accomplice will then steal their belongings from the other side. To ensure this doesn’t happen to you, never remove your eyes from what you’ve placed on the scanner. 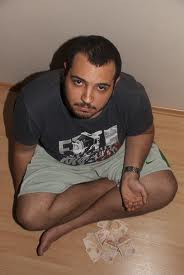 As happens in London and many European countries, a desperate man will come pleading to a tourist, saying that they have just been robbed of their wallet and passport, and will proceed to ask the tourist for any money they can spare. If this happens to you, simply agree to call their embassy in an attempt to secure a passport for them. 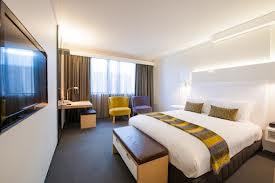 Though the Forced Room Upgrade Scam can happen anywhere, look out for it in big cities. It involves a tourist arriving at a hotel, after which the front desk informs them that the room they booked is not currently available and they will need to upgrade, forcing them to pay more money. If at all possible, try to find somewhere else to stay if this happens to you. 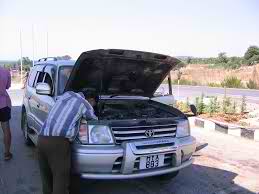 This scam can be found in parts of Africa and involves a local bystander pointing out that something is wrong with your car, which does appear to be damaged. In actuality, the “damage” was placed on your car by that bystander in the hopes that they will lead you to a repair garage that will charge you extremely high prices for doing basically nothing, which will then be split between the pair of scammers. To avoid this, don’t automatically fix it unless you’re sure something is wrong.

This scam is only found in Rome, as it involves the famous tourists bus no. 64. Pickpockets will team up in a small group to cause a distraction and steal the valuables from unsuspecting tourists. When on this bus, make sure your belongings are extra secure.